Gathered here a set of hardware technologies that are more or less being designs and other technologies not easily classifiable in other chapters.

This technology will make it possible to print via Internet. It is developed since 1996 jointly between various suppliers of printers (HP, Novell, Microsoft, Xerox, Lexmark). It will use according to last developments' port NETBIOS 631 instead of port TCP 80 used by HTTP.

The current developments also lean on a printing address of type "ipp: instead of http://www.... this technology will not only make it possible to print remotely via Internet, but also to ensure certain administrative tasks on these printers or to even print a Web site remotely.

The domestic network in a dwelling is in 230 V single-phase current. On the other hand, the external electrical supply network is in three-phase current (3 phases or 3 phases + neutral). By taking 2 wire, one obtains the network single-phase current. So that the signal is propagated from one point to another, it is necessary that the 2 points are on the same phase. It could be very well that you can communicate with a house with more than 100 meters and not to be able to reach the house at side. It is the same problem with the equipment to supervise children of the type "baby phone".

To transport the electrical current on long distance, the electric tension is increased to reduce the losses of energy. It is what is called high voltage the lines which exceed 5000 V to pass from the tension 230 V to the high voltage, and live and poured, one uses a transformer. These transformers reduce (or increase) the interfering signals and the digital signals at the same time as the tension of the network. Moreover, from the effect of coil of a transformer, the shape of the signals is modified. This explains the problems of connections Internet by electrical supply network currently met under development at EDF in France.

With the chapter on electrical supply protections networks, we also know that this one is traversed by many parasites. In the mediums "machines", this solution is likely to pose serious problems.

EDF in France in particular develop a broad band access Internet via the electrical supply network. The major problem that they try to solve comes from the modification (loss) of the signal at the time of the passage through the transformers in the cabins "high voltage". This solution is limited for a village or a building.

This solution already exists since 2003. In the same way that the modulation of modems, the signal is modulated on the frequency of the mains. The constraints related to the transformers are also modified. The problems of phases of the network is the second problem. On the other hand, this solution is the easiest to connect two parts of a same building or even between two buildings not too far apart: especially when wireless networks are not possible (metal tolles, slab of concrete with wire mesh walls thick,...). This solution however generate strong electromagnetic disturbances in shortwave and can cause disruptions on other electrical equipment. 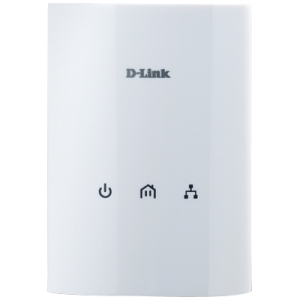 Ethernet link through the electrical network (Ethernet Over Power Line) uses specific devices that load the transfer of signals via the power line. On the other side, the appliance is equipped with an Ethernet link classic 10/100 that connect on the map PC, Hubs, switch networks,...The maximum flow rate of this type of installation is 14 Mbps for the current release, or a little more than Wifi 802 .11b 10 Mps, 200 Mbs and up to 500 Mps for faster, allowing to connect cards Gigabit Ethernet for VOIP or TV signals. The maximum distance is currently limited to 200 meters.

The method of communication uses a modulation of type OFDM (Orthogonal Frequency Division Multiplexing) already used in the 802.11 standard has. This technology integrates many functions, such as management of QoS (priority classes, control latency, and adaptation of the transmission rate at the time of propagation of a package).

This solution allows other devices to connect directly via the USB port of PC or via a standard Ethernet card.

A distinction before starting. It is imperatively necessary to dissociate VoIP and ToIP. In the first case, the Ethernet network makes it possible to make forward the word. In the second case, software makes it possible "to telephone" via Internet network. ToIP is thus related to the software than with the infrastructure network.

The advantage is especially related to the long-range communications (via Internet). Nevertheless, this solution also functions on the internal cable network of the company with a communication towards operators using a particular telephone exchange on the site of the company (allowing to connect telephones within the company), making forward signal TCP/IP voice on Internet network to reinject it on either another connection Voice/Over IP, or like a normal telephone call. VOiP uses telephones (and telephone exchanges) particular.

Technology currently evolves/moves with corrections, in particular on the level of the losses of packages, problems of echo, transfer time of the voice or even of the variations of times between the various parts of the aural signal, which made sometimes the message incomprehensible.

. H 323: the standard currently most widespread but guaranteed not a quality of the service. This technology (hardware and software) is in particular used by Net meeting of Microsoft.

. SIP (session Protocol Initiation): new standard closer to the data-processing world than of telephony, the messages are of similar format to a text application (like navigation HTTP). This guarantees a better quality of reception of the signal. This protocol also allows a better establishment in the programs.

SIP consists of 8 routines: Invite, Register, Bye, ack, chancel, options, subscribe and notify. Coupled to XML, it carries out to under-potocole IPTML (Final IP Markup Language). The whole of the 2 should make it possible to gather texts, sounds, videos in the same transfer of data.

The reader should not thus think too much in term of communication Internet, but well in telephone term of connection forwarding on Internet.

The Hardware 1 course: PC and peripherals, the Hardware 2 course: Network, server and communications.